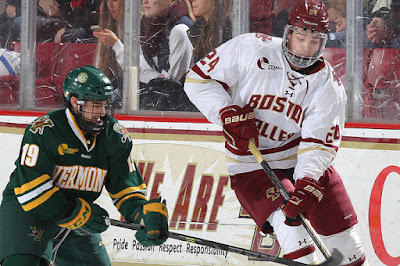 The Washington Capitals confirmed this afternoon that sophomore forward Zach Sanford has signed with the team, becoming the seventh Eagle to leave early this offseason.

First of all, congratulations to Zach and his family- I know that he will continue to work hard and do all he can to become an every day NHL player next October. He would not have signed unless Washington promised him a long look at camp and from what I have heard, GM Brian MacLellan believes the Salem, Massachusetts native has a shot at making the big squad right out of camp.

For BC, this is obviously a huge blow. Twitter and the message boards will go on and on about how BC should no longer recruit "mercenaries" and how no one is "loyal" to Coach York. I don't believe much of that. After what happened with Jimmy Vesey, NHL teams don't want their draftees to enter the final year before free agency because they run the obvious risk of losing some assets. Sanford, although a sophomore, was drafted in the same year as Miles Wood, Steve Santini, and Ian McCoshen- all of whom signed early as well. Next year is going to consist of some growing pains, especially if Colin White exits but if he stays, at least BC will be able to depend on two of the top playmakers in college hockey- White and Ryan Fitzgerald. If some of the younger guys can hit their stride by February and March, who knows what this team is capable of. The talent level may not be where it was this past season but one thing I have learned throughout my time following Eagle hockey is that Coach York and his staff will find a way to get them playing at a high level. They may not be the most talented maroon and gold squad ever to hit the ice, but I know they'll surprise people.

Go Eagles
Posted by eaglehockeyblogger at 11:10 AM 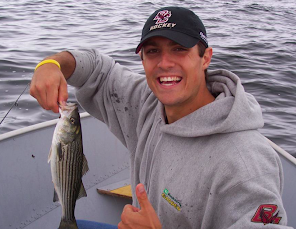